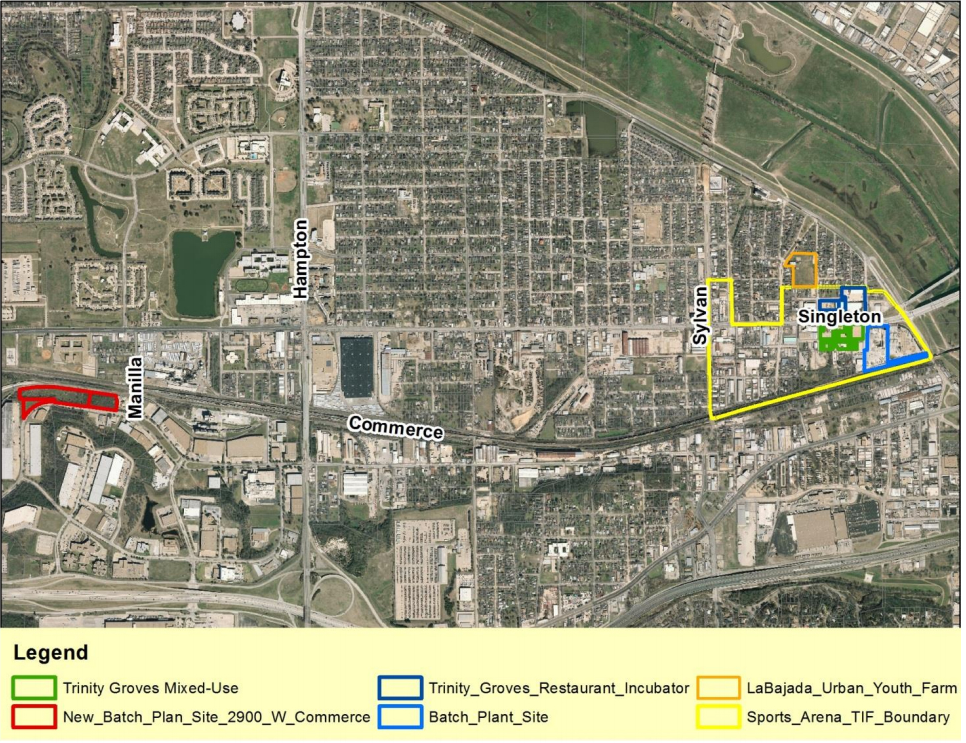 In February 2012, when the land just west of the Margaret Hunt Hill Bridge was little more than a collection of vacant warehouses awaiting eateries and breweries and the promise of people, the money men behind Trinity Groves insisted the 7-acre concrete plant welcoming drivers to West Dallas wouldn’t be there forever.

Now, that promise is one vote away from being fulfilled. The city’s economic development committee unanimously agreed this morning to devote $2.5 million in city grant funds to alter a rail line so the plant can be moved three miles west to the Lone Star Industrial Park at 2900 W. Commerce St. A full council vote is expected next week. Three years ago, West Dallas Investments’ Stuart Fitts pointed to the Argos ready-mix concrete plant 600 feet from the bridge and said that one day it would be replaced with a hotel. The concrete plant just needed a new home – and money to help with the move.